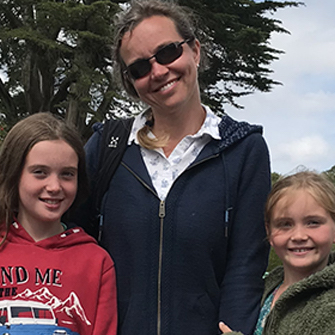 Book a lesson with Jenny

Setmore is our handy tool that allows you to book single, one-to-one lessons with our teachers. You are welcome to create a separate Setmore account, or continue as a guest.

Jenny is a professional violist and violinist, although playing now takes second place to the more important task of being a great Mum.

Jenny is also a qualified ski instructor, racer and British Masters Slalom Gold Medalist, regularly beating husband Alastair (but only by a fraction of a second!). She is proud to be fae Scotland, though she has been granted honorary Yorkshire citizenship.