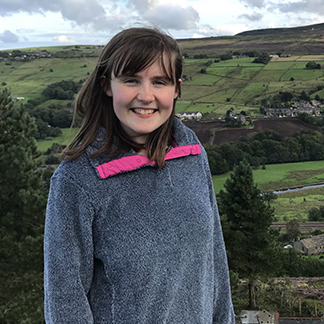 Book a lesson with Rebecca

Setmore is our handy tool that allows you to book one-to-one lessons with our teachers. You are welcome to create a separate Setmore account, or continue as a guest.

Rebecca is a professional freelance violist and upper-strings teacher. She holds a Postgraduate Certificate in Performance and first-class Bachelor’s Degree from the Royal Birmingham Conservatoire, and is currently studying on the Masters course at the Royal Northern College of Music with Vicci Wardman and Alex Mitchell.

Alongside her playing career, Rebecca has taught extensively as a violin and viola tutor. Between 2016-19 she was an upper-strings tutor and chamber music coach for Sandwell Music and Arts Service, as well as assistant director of the ‘Mini Maestros’ young strings ensemble. She was a strings mentor for the ARCO project, a long-distance virtual learning initiative between the Royal Birmingham Conservatoire and the Morris Isaacson Centre for Music in Soweto, South Africa. During her undergraduate degree, Rebecca was a co-creator of the ‘Strings and Things’ project, a series of interactive musical workshops in nurseries, SEN schools and care homes across the West-Midlands. Rebecca is currently a member of the Amafré String Trio.