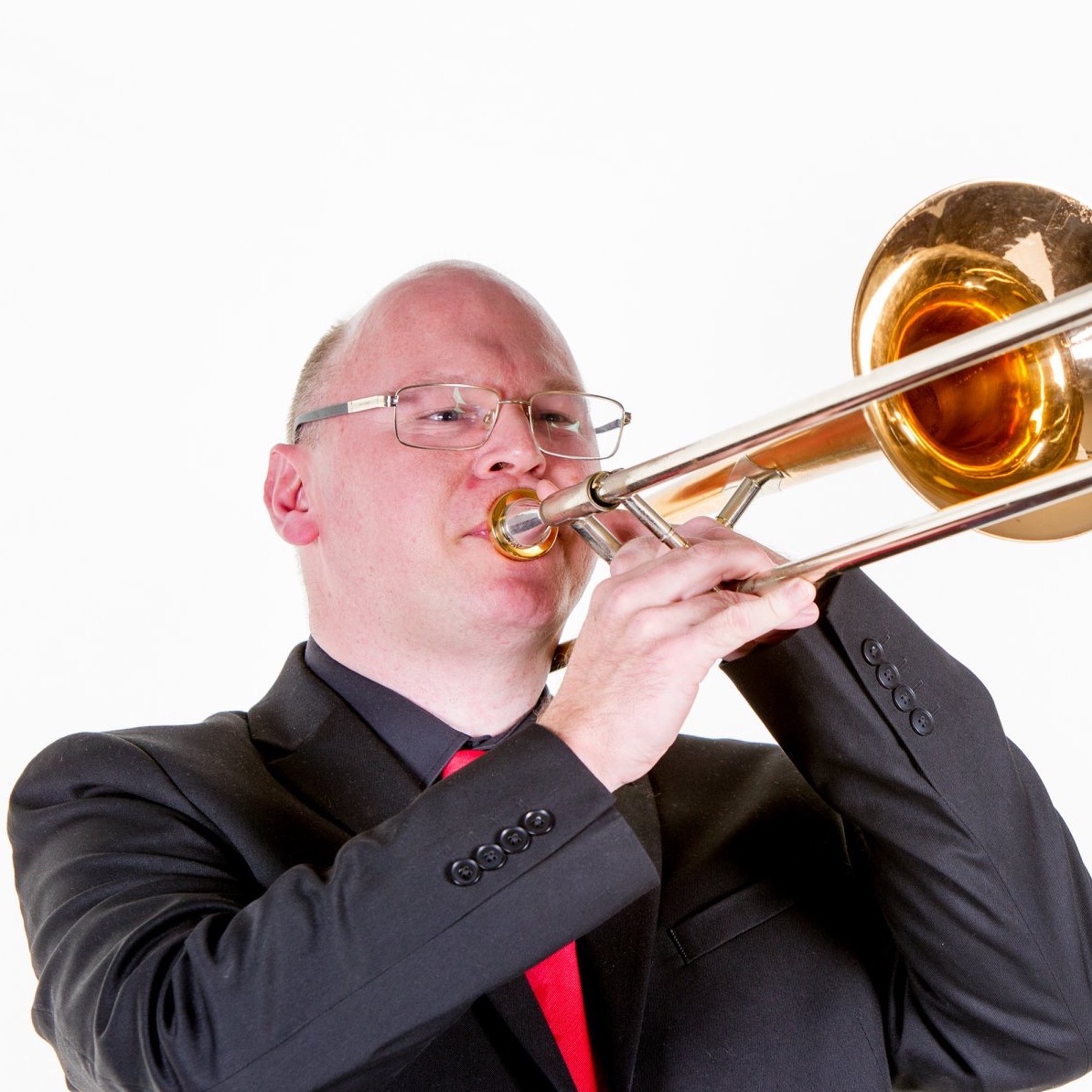 If you are a pupil of Calder High School, click the button below to sign up to lessons with Tony.

If you play in Calder Valley Band, click the button below to sign up to to the band.

If you are a pupil of Barkisland School, click the button below to sign up to lessons with Tony.

Book a private lesson with Tony

Setmore is our handy tool that allows you to book single, one-to-one lessons with our teachers. You are welcome to create a separate Setmore account, or continue as a guest.

My music career started in earnest studying at the Junior Academy of the Royal Scottish Academy in 1987 and then moved down to Manchester to study trombone at the Royal Northern College of Music in 1989. During this period worked professionally with orchestras, big bands, pop/soul and funk bands and took part in many live recording sessions and shows in major theatres around the UK.

After leaving college I continued my playing career as a freelance musician. In 2003-2007 I returned to education and completed a PGCE in secondary Education, working in various schools in the North West and Yorkshire where I taught secondary music as a teacher and Head of Music. In 2012 I returned to peripatetic music teaching with the Calderdale Music Trust.

As an instrumental teacher I have always had a passion for teaching and have developed my portfolio over many years. With brass as my first specialism, I have branched out and now teach woodwind, guitar, piano, keyboard and music theory to full classes, small groups and one to one lessons. I work within ABRSM and Trinity College of music exam boards and have a very successful pass rate with all of my pupils.

The great thing about music is the opportunity to travel and having travelled extensively in Europe and further afield I have toured and performed in Switzerland, Italy, Canada, Holland, Germany as well as many other countries.

I still perform regularly and with many leading groups in the UK and am the trombonist with the Detroit legends Martha Reeves and the Vandellas.

One of the opportunities music has given me is to work in the filming and recording industry and I have various credits on video and CD recordings as well as the Downtown Abbey movie in 2020 and Gentleman Jack 2nd series which was filmed in 2021 as a musician.